About the Coalition of State Horse Councils

The largest grassroots horse network in the country.

The Coalition of State Horse Councils (CSHC) provides state horse councils and similar organizations with a moderated platform on which to share news regarding equine health and regulatory issues, transportation, recreation and trails, welfare, shows and competitions that may impact equine ownership, business or travel, within a state and nationally.

The CSHC is committed to helping state horse councils increase their public awareness and to communicating the positive impacts the horse industry brings to local, state, regional and national economies. 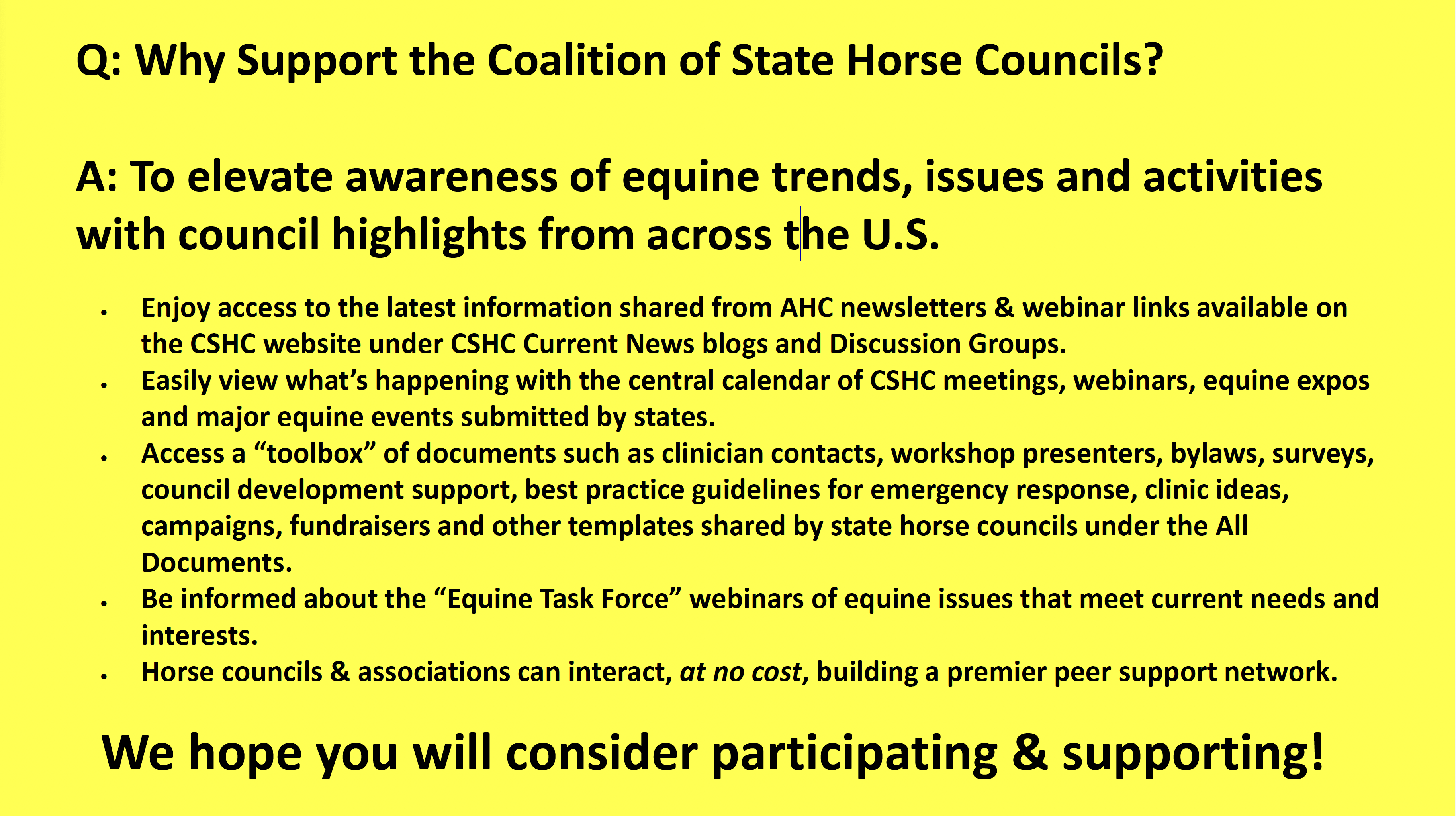 State Horse Councils originally formed a union in the 1970’s as a committee of the American Horse Council and was known over the years as the State Horse Council Advisory Committee (SHCAC).  Strong leadership in those early years included Carol Alm, Dr. Karyn Malinowski, and Dr. Jerry Walker, to name a few.

While these chairs sustained the states in a cohesive unit, the SHCAC did not have a real sense of direction regarding their role and purpose. The SHCAC generally operated on a 1-to-2-year plan and reacted to current issues as they occurred.

The Coalition of State Horse Councils seeks to:

Who are the CSHC members? 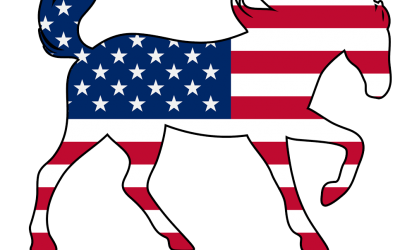 HAPPY NEW YEAR= Let’s Put our meetings on the calendar

Happy New Year! CSHC Meeting for Q1 is January 31st 1:00pm Eastern, 12:00pm Central, 11:00am Mountain & 10:00am Pacific Hope you can ALL join us. Request the Zoom Link or watch your email inbox for that!  The agenda will be available closer to the meeting date....

END_OF_DOCUMENT_TOKEN_TO_BE_REPLACED 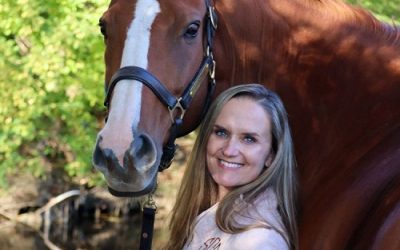 END_OF_DOCUMENT_TOKEN_TO_BE_REPLACED

The American Horse Council has been following potential changes by the US EPA to regulations concerning the application of rodenticides. The EPA is intending to complete a registration review of several substances used as commercially applied rodenticides. The...